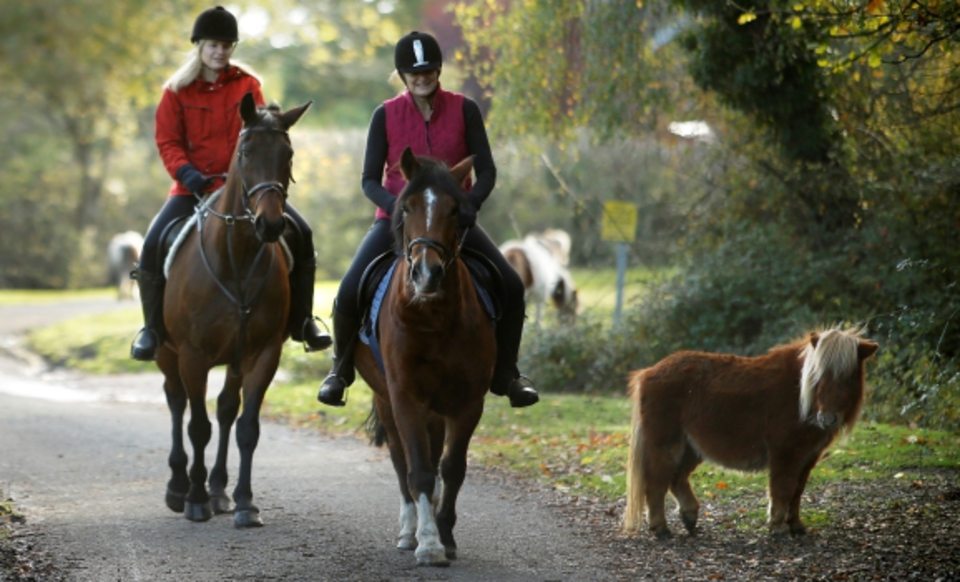 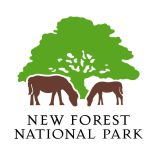 The New Forest is a former royal hunting area located about 10 minutes with Southampton Cruise Tours. It was created in 1079 by William I (known as William the Conqueror) as a hunting area, principally of deer.

It is a unique area of historical, ecological and agricultural significance, and retains many of the rural practices conceded by the Crown in historical times to local people. Principal of these is the pasturing of ponies, cattle, pigs and donkeys in the open Forest by local inhabitants known as commoners. The New Forest has also been an important source of timber for the Crown.

It is an outstanding recreational area for walking and riding. It is now designated as a National Park.

The New Forest covers 219 square miles and managed by the Forestry Commission on behalf of the Crown. Consisting of woodland and open heathland of gorse and heather. Cattle, donkeys and ponies room freely on the forest and owned by residents or commoners who exercise their 'commoners rights'. In the autumn pigs are put out on the forest to eat falling acorns that would be poisonous to ponies and horses.

The installation of Cattle Grids on the perimeter roads now prevent animals from straying onto the now busy main highways and urban areas.

Country roads are restricted to 30 and 40 miles per hour with cattle, ponies and donkeys fitted with reflective neck bands to show-up in car headlights. Meandering forest roads allow views across heathlands and distant hills and enclosures.

The New Forest with Southampton Cruise Tours is a 6 hire hire from collection to drop-off. Mostly car based for a relaxed and scenic drive around a circulatory route. Of course an itinerary can be adapted to suit individual requirements. Your Southampton Cruise Tour local personal driver can advice during your tour giving you options and choices along the way.

From Southampton the route takes you onto forest roads to Beaulieu for a short stop in the High Street. Take in the old terraced buildings of the village next to Beaulieu River. Then a 5-10 minute drive to Bucklers Hard Maritime Museum. Cafe for light snacks and drinks. Onto to the market town of Lymington to explore the main street and quay. Lunch opportunity at The Mayflower pub which serves good quality food such as locally caught fish with chips. Driving along a coastly road adjacent to the Solent (channel between the Isle of Wight and mainland) and onto the village of Burley and stories of witchcraft. Passing through and weaving our way through Lyndhurst and back to Southampton.

A first stop of the tour at Beaulieu Village. Beaulieu Abbey was founded in 1204.

The High Street dates back to the 16th Century. 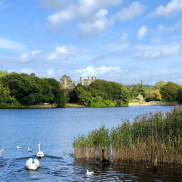 Beaulieu River located adjacent to the village is tidal and once drove a tide mill. A pretty first stop of the tour and great photo opportunity. 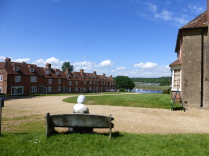 10 minutes drive from Beaulieu is the beautiful village of Bucklers Hard and the Maritime Museum. A facinating insight to how Nelson's fleet was built and another lovely photo opportunity of the terraced cottages leading down to Beaulieu River. 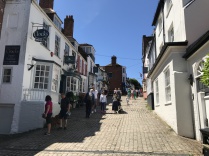 The Market town of Lymington is the perfect place to have a wonder on foot and for lunch with a choice of eating places to suit your taste.

After 10 to 15 minutes your local private driver will leave the main roads and city traffic entering open forest roads that are frequented by forest animals like horses, ponies, donkeys and cattle. If we are lucky a deer or two may appear. The night times bring out the fox, badger and owl.

30 minutes from Southampton is the lovely village of Beaulieu with Bucklers hard, an 18th-century village where Nelson's fleet was built with a maritime museum and shipwright's cottage. Then onto the market town of Lymington which was mentioned in the Doomsday Book with an active High Street and cobble street leading down to the quay and marina. After stopping for either a cream tea, lunch or snack we can drive on to the coastal village of Milford-on-Sea. Stopping at a cliff-top car park you can see over the Solent to the Isle of Wight and Needles.

A leisurely drive through the village of Burley to the the town of Lyndhurst where the New Forest Museum is located. Culminating in a 20 minute drive to return to your cruise ship terminal.

During April and May Exbury Gardens are spectacular with sweet scented azaleas, rhododendrons and camellias. Follow the link on the side bar to find out more.