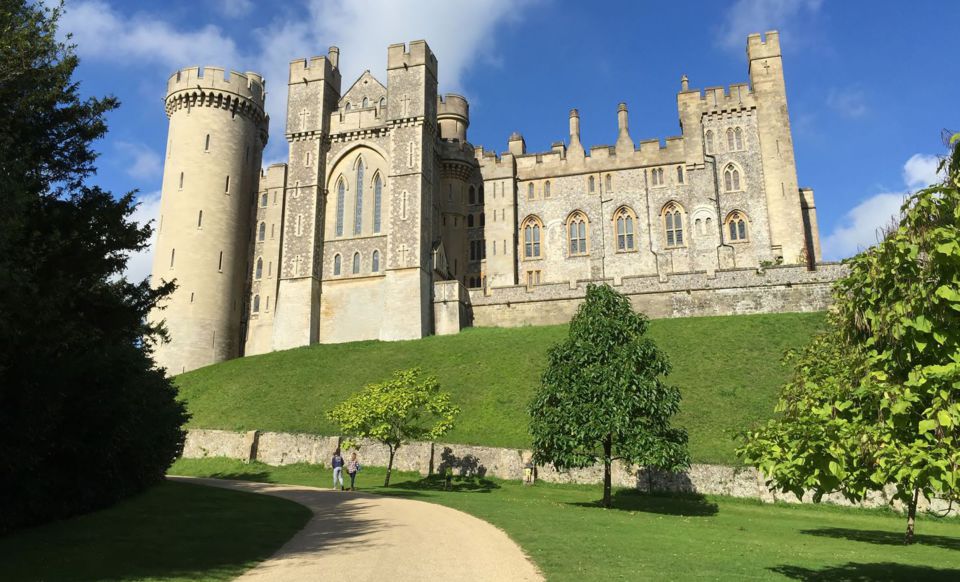 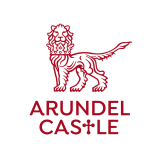 One of the largest inhabited and complete castles in England, Arundel Castle is situated in magnificent grounds overlooking the River Arun in West Sussex.

Located about one hour and a half travelling from Southampton along the coast passed Portsmouth and Chichester.

Consider combining with Portsmouth Historic Dockyard and during a Southampton Cruise Transfers to Gatwick Airport.

Your Southampton Cruise Tour local personal driver will transfer you to a dedicated car park and accompany you to the nearby entrance. Your luggage can be stored in the vehicle to allow a relaxed and unhindered visit.

Arundel Castle is well suited to being self-guided with ample opportunities to join  tours by castle guides.

Residence of The Duke of Norfolk

The current duke is Edward Fitzalan-Howard, 18th Duke of Norfolk. The dukes have historically been Catholic, a state of affairs known as recusancy in England.

All past and present dukes have been descended from Edward I.

Arundel Castle was built in the immediate aftermath of the Norman Conquest to control a strategic portion of the Sussex coast. The Castle was founded at the end of the 11th century by Roger de Montgomery, Earl of Arundel and is the family home of the 18th Duke of Norfolk.

In the sixteenth century the castle became home to the powerful Howard family whose ancestors included the Queens Anne Boleyn and Catherine Howard.

Badly damaged during the Civil War, it was later rebuilt in a Gothic revival style. Part of the original Norman castle remains to the present day.

Today's Arundel Castle. Steeped in almost 1,000 years of history, Arundel Castle offers a full day out with guided and free-flow tours of the finely preserved castle rooms including the Baron’s Hall, 14th Century Catholic Fitzalan Chapel, Regency Library and Victorian bedrooms alongside opportunities to ascend the Norman Motte and Keep. You can climb the stone steps up into the Keep, squeeze along the narrow passages and enjoy the magnificent views from the top of the walls.

During the 18th and 19th centuries the defensive castle was transformed into an amazing stately home for the Dukes of Norfolk. Fine art, fabulous furniture and intricately carved statues are in contrast to the flint hardness of the early fortifications. Wander through the state rooms, including the richness of the Regency library, the grandeur of the Barons’ Hall and the decorative Drawing room.

The Bedrooms where you can see the individually decorated bedrooms with Victorian and Edwardian bathrooms.

Founded in 1380 by the 4th Earl of Arundel, the chapel has had a varied history, including damage during the Civil War in 1643-4. After a period of neglect, it was restored during the 19th century.

Medieval defences with towers, portcullis, drawbridge and gates. All built to protect the castle and those living inside.

Designed for defence in the 11th century

and to dominate the local area.

You can now climb the stone steps up into the Keep, squeeze along the narrow passages and enjoy the magnificent views from the top of the walls. Our informative guides will bring the place to life for you.

Explore The Collector Earl’s Garden which was conceived by the Duchess of Norfolk. Opened 2008 HRH The Prince of Wales.