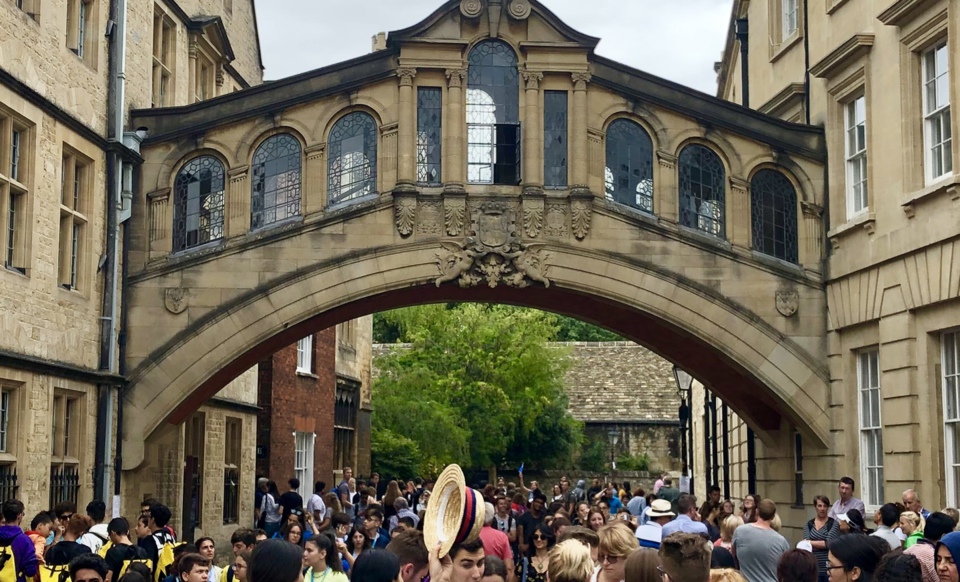 Oxford city is steeped in history going back to the 9th Century established by Alfred the Great. Over the centuries local quarry stone provided the materials for Oxford's stunning architecture. In a poem written in 1861 by Matthew Arnold, he describes the city as seen from his bedroom window as ‘The City of Dreaming Spires.’

Today Oxford is a thriving city and known for it's university which occupies many local sites.

Explore the city on foot. So much to see and do, convenient and accessible.

Start & finish. Your Southampton Cruise Tour personal driver will drop you off and collect you at the most convenient and central point for you to start/finish your tour. Tourist information points, easily identified, provide maps and information for you to plan your visit.

So much choice. Numerous walking tours throughout the day for a variety of subjects. Phot opportunities gallore! Museums, under cover market, shops and lunch spots.

Pre-plan or on the day. A good idea to pre-plan but be prepared for plan B as the British weather may interfere. Identifying your places of interest will help to prioritise and make the best use of your time.

Footwear and clothing. Comfortable walking shoes, suitable clothing and coat. Your personal driver can provide small (handbag sized) umbrellas if needed. You will be welcome to leave anything not needed with your Southampton Cruise Tour personal driver.

From Southampton. Located about an hour and a half with Southampton Cruise Tours, Oxford lends itself to a 5 hour visit plus about three hours return travel.

From London Heathrow. About an hour and a half transfer.

From Central London. Between two to three hours.

There’s a broad range of things to do in Oxford. They include discovering the history and heritage of a city that is home to 1,500 listed buildings from every major period of British architectural history from the 11th century onwards. The centre looks like an enchanted fairytale city – no wonder Oxford is a firm favourite of filmmakers from all over the world and has inspired countless famous writers over the centuries.

Oxford is flat and compact perfect to explore on foot, with many of its major attractions, such as the University of Oxford and its 38 colleges; Bodleian Library, the museums, and Oxford Castle & Prison right in the centre. Also, climb the 99 steps of Carfax Tower to experience a bird’s eye view of Oxford’s “dreaming spires.”

Just a little out of the centre, you can find large green spaces like Christ Church Meadows (with excellent views of Oxford’s spires), University Parks, the riverbanks and Port Meadow.

Oxford is a favourite filming location for many famous British TV shows, such as Inspector Morse and movies filmed in the city. Retrace the steps of Harry Potter in Oxford with your family or friends. See the Tudor dining hall at Christ Church that inspired the Hogwarts Great Hall, as well as the staircase that was used several times during the films. Even though neither of the Alice in Wonderland films were ever made in Oxfordshire, Oxford was where author Lewis Carol met little Alice and where the whole story began!