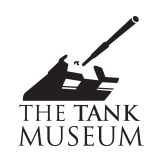 Bovington Tank Museum is located at Bovington Army Camp in the county of Dorset. A car journey of about one hour with Southampton Cruise Tours travelling west.

Bovington Tank Museum brings the story of tanks and their crews to life, with the world’s best collection of tanks in awe-inspiring, modern exhibitions.

The museum houses 300 military machines, representing the key battles of every major conflict since the First World War.

Moving exhibitions tell the story of this British invention; from the mud of the Somme to the beaches of Normandy and the deserts of Iraq – featuring powerful stories from the soldiers that fought in them.

Whether you are a casual visitor or tank nut you will find Bovington Tank Museum as an experience one you will never forget. Human suffering and sacrifice, on a huge scale, from the Great War & WWII go hand-in- hand with this war armoured vehicle. Certainly serving in the Tank Regiment was highly dangerous with tanks getting stuck in the mud, exhaust fumes affecting breathing, heat of the engine within the hull and vibrations making it difficult to effectively shoot weapons. 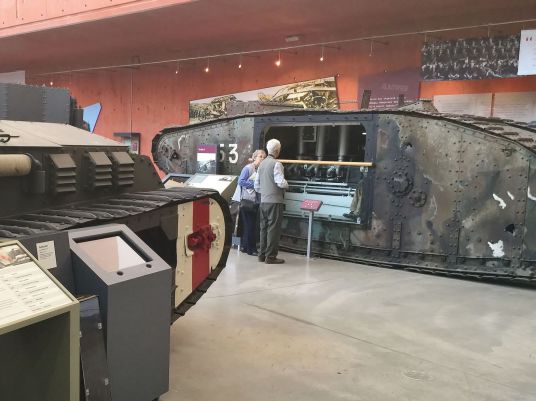 Tank Men - The Story of the First Tank Crews.

Warhorse to Horsepower - The Rise of The Tank. WW2:

Long After the Battle - The First Royal Armoured Corps Soldiers.

Talks & Tours are subject to a timetable and last between 30 minutes to an hour.

The Tank Story: WWI: The evolution of the first tanks.

Get inside a Chieftain MBT: Climb inside a tank & learn about all the crew positions.

Get inside a Chieftain MBT: Climb inside a tank & learn about all the crew positions.

Tommy in the Trenches: From the recruiting office to the Front Line.

Vehicle Conservation Centre Balcony Open: See the tanks not on public display from the viewing gallery.

The Tank Story Modern Era: Tank Development from WWII to 2019.

A fascinating yet humbling experience

A visit with Southampton Cruise Tours from three to five hours with an added two hour return transfer is recommended.

Accessibility: Most of the museum is on a single level, with ramps or lifts providing access to higher floors.

Pathways and entrances are broad, and there are several disabled toilets around the Museum.

Wheelchairs (limited numbers) available with access points and viewing areas in our arena.