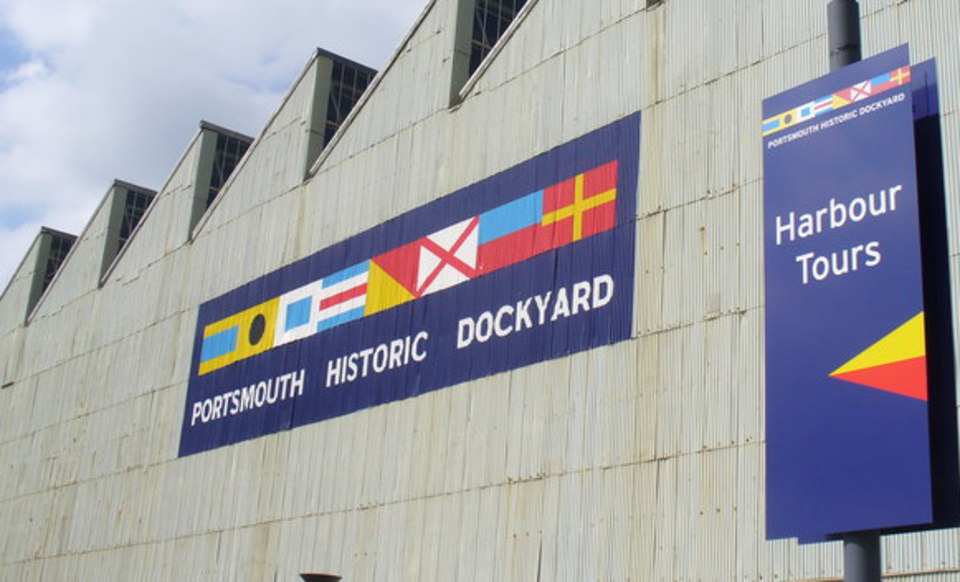 Portsmouth Historic Dockyard. Includes the Mary Rose, King Henry VIII’s favourite ship, sank in battle in 1545 and raised from the waters just outside the Dockyard in 1982.

Dive deep onboard HMS Alliance or take a Harbour Tour and discover a working naval base from the water.

Visit Britain’s top National Museum for naval and maritime heritage, the National Museum of the Royal Navy to discover the stories of the Georgian Navy alongside twentieth and twenty-first century sailors.

Learn the history of Royal Navy armaments at the Explosion Museum of Naval Firepower.

Step aboard HMS Warrior, the pride of Queen Victoria’s fleet and compare her iron-hull with the steel hull of the only surviving ship from the First World War Gallipoli Campaign, M.33.

Consistently voted as one of the top things to do in Portsmouth on TripAdvisor, a great family day out in Portsmouth. 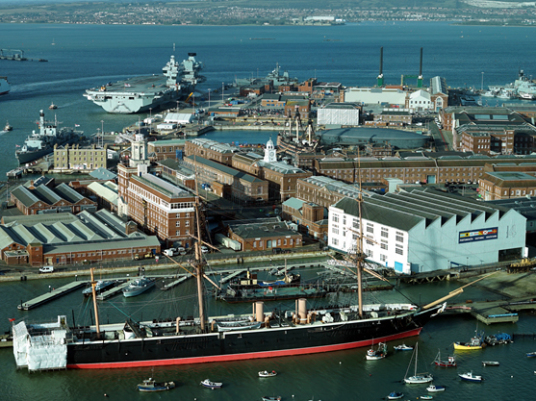 Portsmouth Historic Dockyard is a thirty  minute journey with Southampton Cruise Tours, travelling about 20 miles east along the coast to the adjacent city of Portsmouth.

Can be combined with Arundel Castle and during a Southampton Cruise Transfer for Gatwick Airport.

Your Southampton Cruise local personal driver will drop you off at the pedestrian entrance and ticket office to start your self-guided tour. An ideal spot for your convenience when ready for collection and return to Southampton or onward travel.

Southampton Cruise Tours will provide an itinerary to suit your interests and accommodate your chosen length of stay.

Gunwharf Quays shopping area is adjacent and the perfect location for lunch and to visit the Spinnaker Tower observation deck for views of Portsmouth harbour.

Your Southampton Cruise Tour driver will be nearby should you wish to amend your visit and be on hand for any advise or recommendations.

Portsmouth's history can be traced back to Roman Britain. A significant naval port for centuriesand considered the home of the Royal Navy, it has the world's oldest dry dock.

Portsmouth was England's first line of defence during the 1545 French invasion.

Portsmouth was the most heavily-fortified town in the world and was considered "the world's greatest naval port" at the height of the British Empire.

The Royal Hospital Haslar in Gosport, Hampshire, was one of several hospitals serving the Portsmouth Urban Area, but had previously been the country's foremost – and ultimately last – military hospital closing in 2009.

Portsmouth Naval Base has been an integral part of the city since 1194. Today it is home to almost two-thirds of the Royal Navy's surface ships, including the new aircraft carrier HMS Queen Elizabeth, the formidable Type 45 destroyers, Type 23 frigates and mine countermeasures and fishery protection squadrons.

There are several shore Naval bases in the Portsmouth area. 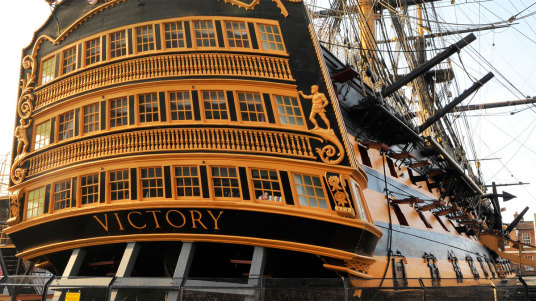 HMS Victory is the Royal Navy's most famous warship.

Best known for her role in the Battle of Trafalgar, the Victory currently has a dual role as the Flagship of the First Sea Lord and as a living museum to the Georgian Navy.

The visitor experience onboard HMS Victory at Portsmouth Historic Dockyard as Nelson’s famous flagship from the Battle of Trafalgar is now brought alive with a hand-held audio guide. 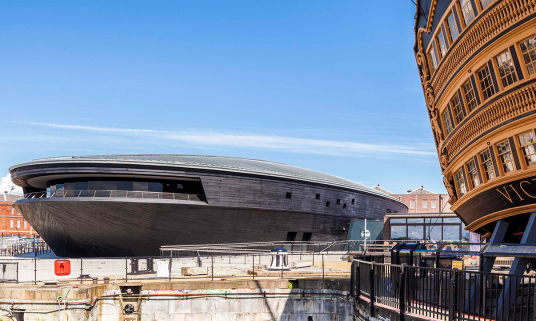 The Mary Rose was the flagship of Henry VIII that served in his fleet for 34 years before sinking during the Battle of the Solent in 1545, with the king watching from nearby Southsea Castle.

Her remains were raised in 1982, and are now on display along with thousands of the original objects recovered alongside the ship, giving a unique and moving insight into life in Tudor England.

She is the only ship of her kind on display anywhere in the world. 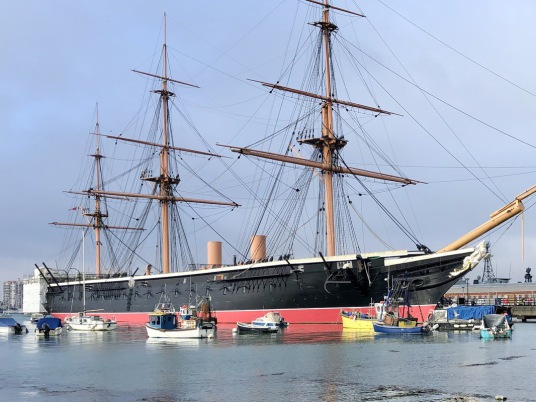 The great Warrior is an icon today as much as it was one hundred and fifty years ago during the Age of Steam.

The largest and fastest of all Royal Navy ships, HMS Warrior’s fame worldwide made her the jewel in the crown - an icon that attracted thousands of visitors during the Tour of Britain.

Now, Warrior has undergone a re-interpretation, reflecting what she was like in 1863 by opening up new areas of the ship and bringing stories from the period to life.

The National Museum of the Royal Navy 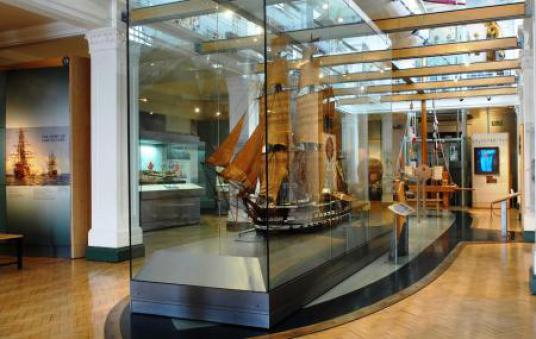 The National Museum of the Royal Navy Portsmouth brings history to life. It showcases treasures from the past 350 years and examines the common threads which link the sailor of England’s ‘Wooden Walls’ to the professional crews of today.

The Royal Navy has helped to shape the world. It made Britain a dominant sea power, protected its trade in troubled times and defended Britain from invasion or carried the attack overseas.

The Royal Navy has touched the lives of millions of people worldwide, affected servicemen and women and the families of those who built, serviced and supplied its ships and influenced the lives of communities overseas. 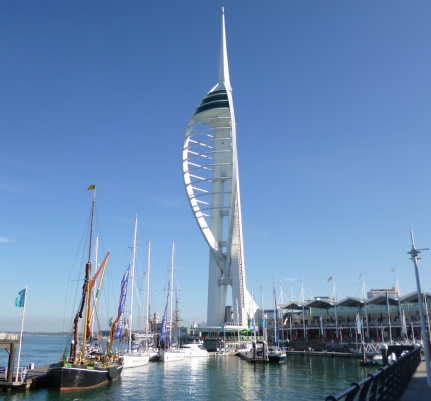