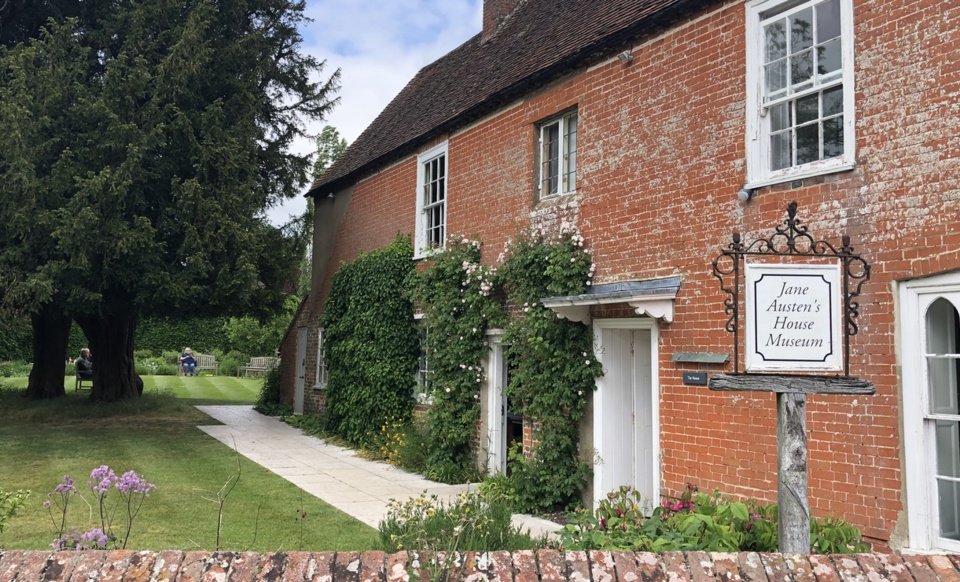 A 45 minute journey with Southampton Cruise Tours and a short scenic countryside 20 minute detour from the main route for London.

An ideal stop with Southampton Cruise Transfers if travelling to or from London City and Heathrow Airport. A great combination tour with Winchester.

Jane Austen’s brief life was lived in relative obscurity, and some of her novels remained unpublished till after her death. Yet she put her stamp on the English novel for all time.

1775 Jane Austen was born in Steventon (15 miles north of Winchester) Hampshire. To the Reverend George Austen and his wife Cassandra (the name also given to Jane’s beloved only sister and life-long friend). One of six brothers and one sister. She enjoyed a happy childhood in a large and creative family.

Most of Jane’s short life was spent in the county of Hampshire.

She began writing stories and sketches as a young girl, starting her first novel when she was just twenty. It was published eighteen years later as Pride and Prejudice.

1806 Southampton, Hampshire. Jane Austen's father died in 1805, she returned with her mother and Cassandra to Hampshire to live in  Southampton to join her brother Francis William Austen based in Portsmouth who later became Admiral Sir Austen.

1809 Chawton, Hampshire. 1809-17 .They moved to a cottage in the village of Chawton, also in Hampshire. Her third eldest brother Edward Austen Knight provided her with the use of his cottage in Chawton, now a museum to her work.

Chawton House, often referred by Jane as the 'Great House', was previously owned by the Knight family, distant cousins to the Austens, who had adopted her brother Edward. He enherited Chawton House as heir.

Jane Austen began to write seriously, working on Sense and Sensibility (published in 1811) followed by Mansfield Park in 1814 and Emma in 1815. Northanger Abbey and Persuasion were published after her death.

By 1816, Jane Austen was beginning to feel increasingly unwell.

1817  May Winchester, Hampshire. In May 1817, she and her sister Cassandra drove the 16 miles from Chawton to Winchester, in pouring rain.

They took up lodgings in College Street, next to the Cathedral. The plan was to get help from a celebrated doctor at the newly established Winchester Hospital.

Jane Austen is now celebrated as one of England’s greatest novelists, but when she was buried in Winchester Cathedral in 1817 at the age of 41, her original memorial stone made no mention of her books.

You can read the brass plaque erected in 1872 to redress the omission in the north side aisle and an illustrated exhibition detailing Jane Austen’s life, work and death in Hampshire, is displayed beside her grave.

Parking in the beautiful village of Chawton, take in the views of the cottages as you make your way to Jane Austen's House Museum.

Independantly run the museum relys upon income generated from visitors. Generally, an hour is sufficient for your visit. Of course, more time may be preferred and can be accommodated into your itinerary.

Chawton House Referred to as the 'Great House'. 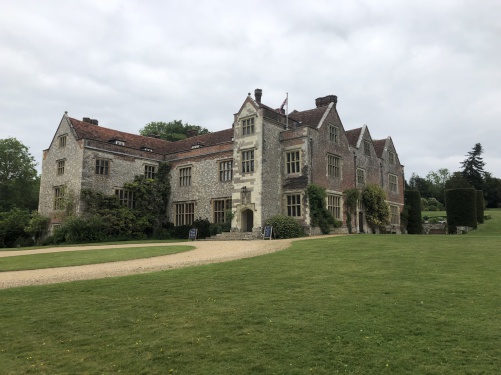 Chawton House was built around 1585 by John Knight and has been passed down through sixteen generations, from different branches of the Knight family (the last being the Austen branch), never being sold.

Leaving Jane Austen's House Museum Southampton Cruise Tours will take you on a short two minute drive to nearby Chawton House sitting in 275 acres of parkland.

Parking in the adjacent Visitors' Car Park we enter and step back in time absorbing the atmosphere and imagine times gone by.

Chawton House Garden & Tea Room. The house has undergone centuries of change and development as it has passed through different hands, making it rich with quirky and fascinating features, from graffiti on paintings and ‘witch marks’ on walls, to heraldic stained glass windows and ornately carved fireplaces.

Highlights associated with Jane include the reading alcove in the Oak Room where, according to Knight family legend, she liked to sit; the same room also features a miniature portrait of her beloved niece, Fanny Knight. Visitors can also see the Knight family dining table at which Jane dined with her brothers and sisters, along with Edward Austen’s suit, travel journal and portrait, and a silhouette of Edward being presented to Thomas and Catherine Knight.

Chawton House Library is an internationally respected research and learning centre for the study of early women's writing from 1600 to 1830.

Finish your visit with Southampton Cruise Tours at The Old English Tea Room for light snacks and hot drinks - my favourite being a cream tea - a pot of tea with scones clotted cream and jam!